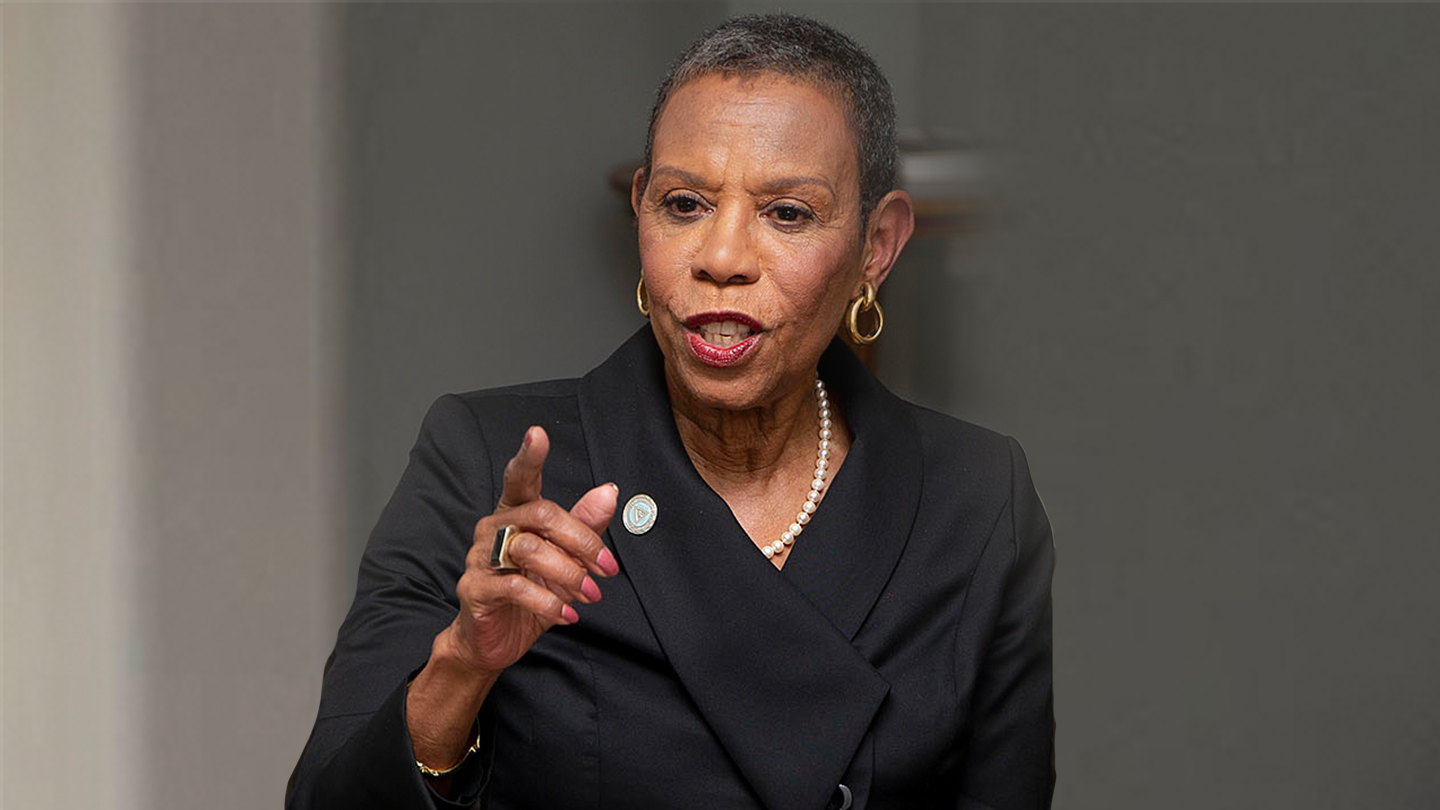 In March of 2015, Mary Schmidt Campbell, Ph.D., was named Spelman’s 10th president. She began her professional career in New York, as the director of the Studio Museum in Harlem at a time when the city of New York was on the verge of bankruptcy. Under her leadership, the museum became the country’s first accredited Black fine arts museum and a linchpin in the redevelopment of Harlem. She then served as commissioner of cultural affairs for New York City under two mayors, and from there entered the world of academia as dean of New York University’s renowned Tisch School of the Arts, where she served for over two decades. In 2009, President Barack Obama appointed her vice chair of the President’s Committee on the Arts and Humanities. Currently, a fellow of the American Academy of Arts and Sciences, she serves as a trustee of the High Museum of Art in Atlanta, the J. Paul Getty Trust, and the Doris Duke Charitable Foundation, and as a director of Unity Technologies.

Viewing Spelman as a “necessity,” to “reach an ideal of equality,” Dr. Campbell launched Imagine. Invent. Ascend, a bold new strategic vision for the College that builds on the College’s legendary legacy to educate Black women for the 21st century. Her focus has been on ensuring that every Spelman student graduates with a competitive edge, expanding Spelman’s strategic partnerships, deepening its excellence in STEM, wedding that strength to art, innovation and technology, and expanding signature academic programs that leverage Spelman's scholarly and creative excellence. To support this vision, under Dr. Campbell’s leadership, the College has raised in four years, over 122% of its $250 million dollar capital campaign goal, the largest comprehensive campaign in the history of Spelman.

Dr. Campbell has a B.A. in English literature from Swarthmore College, a master’s in art history and a Ph.D. in humanities from Syracuse University. She is the author of the award‐winning book, “An American Odyssey: the Life and Work of Romare Bearden,” (Oxford, 2018) and frequently speaks on issues of higher education and African American art and culture. She is the mother of three sons, seven grandchildren and lives in Atlanta with her husband of 53 years, George Campbell, Jr., Ph.D., president emeritus of The Cooper Union for the Advancement of Art and Science.